A Quick Update on ‘Agents of the Truth’ 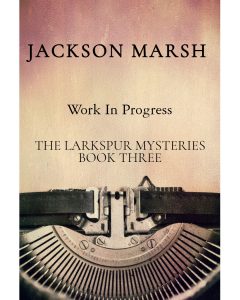 I’m sticking with the title. The more I get into the story, the more it makes sense. Some characters become agents for the Clearwater Detective Agency, and they are after the truth behind two mysteries. So, that’s that.

Last Sunday, I finished chapter 10, a short chapter that rounds off the end of the first act. The pieces and players are in place, we know the deadline, we’ve hit some dead ends in an investigation, and a new relationship is forming. Now, at the end of the first quarter, I am at 30,000 words and very happy with them I am too. As a first draft.

Next, the action will move to London, with some sections flashing back to Larkspur Hall as Archer, Tom and Nancarrow prepare for the event of the season, the bal masque, the charity masked ball. 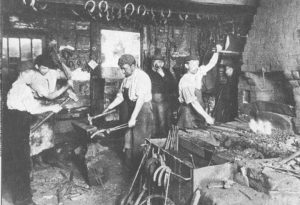 As usual, I have been researching as I go, and have been using a few valuable resources. Shakespeare, the Bible, and an Edgar Allan Poe story have all come into play so far. I have read about working in a blacksmith’s forge in the late 18th century, men’s clothing (again), and what costumes were popular at masked balls of the time (not an easy thing to find). Oh, and Fleet has invented a board game that is ahead of its time. That was easy to research, as I have the actual game in a cupboard.

And so, onwards and upwards, as they say, and into Act Two.

Here is an extract from the end of chapter two.

There was no letterhead, no date, and no letter. Just a piece of plain paper on which were glued a series of words in different fonts. At first, he assumed it was James or his friend the barrister, Creswell, replying to their invitation in a way designed to be a joke. The unconnected words, however, suggested something far more sinister.

‘What is it?’ Thomas was at the door with a collection of mail. ‘Are you unwell?’

Archer slipped the note beneath a book and looked up, feigning ease. ‘Hm? Oh, no. All is well, thank you. Just, er… Just pondering Shakespeare.’

‘What on earth for?’ Thomas took three long strides into the room and placed the mail on the desk. ‘Never mind. Here are today’s acceptances. The genuine ones. Where are you going?’

Archer had collected his jacket and was making for the door. ‘To the library. I have an urgent meeting.’

‘The Merchant of Venice,’ Archer replied, and left the room with his pace and pulse quickening.

I will see you on Saturday for my regular blog.

This site uses Akismet to reduce spam. Learn how your comment data is processed.

Find out more or adjust your settings.

This website uses cookies so that we can provide you with the best user experience possible. Cookie information is stored in your browser and performs functions such as recognising you when you return to our website and helping our team to understand which sections of the website you find most interesting and useful.

Strictly Necessary Cookie should be enabled at all times so that we can save your preferences for cookie settings.

If you disable this cookie, we will not be able to save your preferences. This means that every time you visit this website you will need to enable or disable cookies again.